Narayaneeyam is a Sanskrit text written by Melpathoor Narayana Bhatathiri.

The reason for the offering was to cure him of his disease, which he had taken over from his

Guru who was suffering from “vaatha ” thru a process called “karmavipaaka daana”, which

no one could cure

It consists of 100 chapters with 1036 slokas. Most of the chapters end with the prayer

“please cure me of my disease”.. Immediately after he finished the NArayaneeyam he was

cured of his illness. . .There fore it is believed that chanting the NArayannem is good for

However NArayneemis much more than that. It is s the essence of the Sree

Sree Maha Bhagvatham consists of 18,000 slokas and is the essence of the four Vedas . To

establish the trio of Bhakti, jnana and vairagya :

Whoever reads the Bhagavatam daily understanding the meanings , will be free of the

To be able to read the the Bhagvatam is very very difficult. Reading the NArayneeyam can

be used as a near-substitute .

of doing yagas such as Raaja-sooya or aswa medha as prescribed (Bhagvata Mahatmiyam: 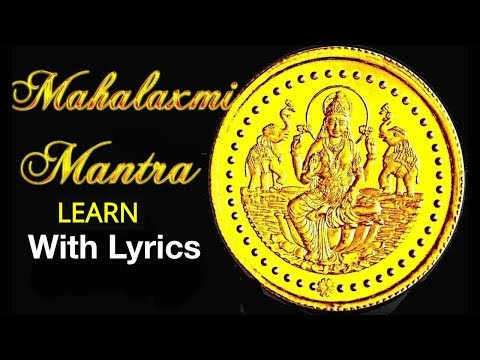 CLICK HERE: Mahalakshmi Mantra mp3 Free Download
Magic of Yantra
This Mahalakshmi mantra/stuthi was taken from the old handwritten palm leaves. Chanting or listening to this slokambrings, wealth, health and the Grace of Mahalakshmi!!!  Sung by Mrs Revathy Sankaran.