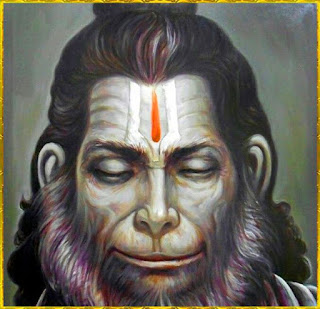 Hanuman's power over evil spirits is quite well-known, especially in the north of India. Hanuman worship is also more prevalent among North Indian men than among the men of South Indian origin. Hanuman Chalisa is also more popular in North India than in the South. I'm a South Indian myself but generally, have observed that bhakti and bhajans seem to be more powerful and in force in North India compared to the south. I cannot tell why this is so.

Even I, till the age of almost 50, did not really understand the power of Lord Hanuman. Actually, I did not know much of Him and considered Hanumanji as a demi-god. Ever since I was a child, I was enamoured by the image of Rama and the story of Ramayana. Even in Ramayana, we see Hanumanji portrayed as only someone who serves Lord Ram. Even though Hanumanji was and is the most ardent devotee of Lord Ram, Hanumanji's importance is much more than just this fact. Like most people in South India, I too was under the impression that somehow, Lord Hanuman is not as powerful as Lord Vishnu as we always see Hanumanji sitting at the feet of Rama.

But in reality, Lord Hanuman is a very very powerful and dharmic force who has complete control over all sorts of evil forces. Even in Ramayana, we see Hanumanji defeating the rakshas and asuras. No form of evil or negative force can come anywhere near Lord Hanuman.  That is why Lord Rama Himself sought the help of Hanumanji to defeat the Rakshasa army of Ravana. Also, when Ravana kidnapped Sita mata, he took her to Sri Lanka and hid her in one of his caves. If not for the power and intelligence of Lord Hanuman, Lord Rama n his brother Lakshmana would not have been able to even find Sita.

Shirdi Sai Baba's devotees all over the world know and believe that Sai was the incarnation of Lod Mahavishnu. I am not any different and I too believe the same. There was a time when I had to live alone in a small town in a foreign country and I managed to do that successfully for nearly 8 years, except for a few months. During a span of 3 or 4 months during the 8 years, I experienced some paranormal activity in the house I was residing. At that time, my husband used to visit me only on the weekends. Whenever he or my children slept in the same room as me, I did not notice any disturbances at night but during nights when I had to sleep alone in a room, I was always awakened by sudden unexplainable noises and footsteps, doors opening and closing. This happened in spite of chanting Vishnu Sahasranama every day. But because I was chanting VS every day, I also had this sudden awareness that someone had done black magic on me. However, I wasn't sure and just wondering if I was going through hardship because of this and also who would have possibly done this to me. At that time, I was also worshipping Sai Baba and one night before going to sleep, I just prayed to Sai, while being confused about my situation. That night or I think maybe early morning, Sai Baba spoke to me in my dream and actually told me who had done black magic on me( it came as a huge surprise to me as I hadn't even thought of these people) and more importantly, Sai asked me to worship " THE ONE WITH THE LONG TAIL".

You know how we all have numerous dreams while we sleep and only remember a few or none at all in the morning. But because Sai Baba used this imagery of the one with the tail, I was able to remember this dream vividly in the morning. Till that time, I had totally entrusted myself in the hands of Mahavishnu and the power of VS. I thought, what else do we need to protect ourselves if we are going to chant Vishnu Sahasranama every day. While this is true most of the time, in certain cases like mine, where strong negative forces were at play, Lord Mahavishnu Himself in the form of Sai Baba advocated the worship of Lord Hanuman.


Narayaneeyam is a Sanskrit text written by Melpathoor Narayana Bhatathiri.


It was written as an offering to Lord Vishnu after sitting in Bhajan at His feet at a place
called Guruvayoor in South India. (in Central Kerala).
The reason for the offering was to cure him of his disease, which he had taken over from his
Guru who was suffering from “vaatha ” thru a process called “karmavipaaka daana”, which
no one could cure
It consists of 100 chapters with 1036 slokas. Most of the chapters end with the prayer
“please cure me of my disease”.. Immediately after he finished the NArayaneeyam he was
cured of his illness. . .There fore it is believed that chanting the NArayannem is good for
curing diseases.
However NArayneemis much more than that. It is s the essence of the Sree
Maha Bhagvatham.
Sree Maha Bhagvatham consists of 18,000 slokas and is the essence of the four Vedas . To
establish the trio of Bhakti, jnana and vairagya :
“Vyasa Maharshi took out… 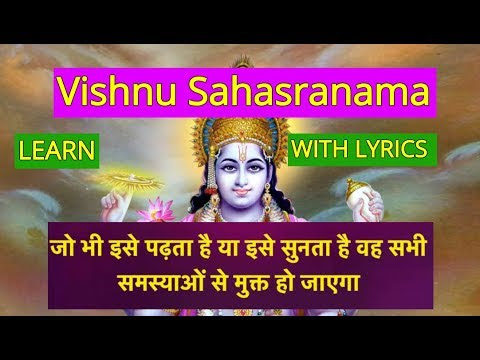 Most Powerful Mantra Cure
I cannot stop talking about the greatness of the wonder mantra Vishnu Sahasranama because it is the one-stop cure for all worldly problems. Every day I see evidence of its greatness and every day is a miracle.Whether it is a health problem or an emotional one or any harmful element trying to attack you, VS stands as a mighty protection around you.
Most people seem to think it is enough to just listen to it and do not even attempt to learn to chant it.I totally agree that it is not easy at all to chant this mantra but with daily listening and following the text while listening, anyone can learn to chant it soon.Chanting proves to be a better shield against any affliction, whether it is mental depression or just an onslaught of a virus.Initially, it is very difficult to keep up with the speed of MS' chanting but with regular trying, it does get easy. For those who are totally new to this mantra, just listening for the first few weeks should be…